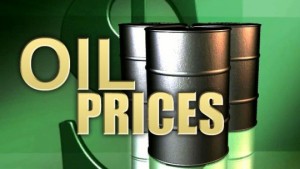 The Petroleum Marketing Practices Act [PMBA; 15 U.S.C. §§ 2801-2806] regulates oil franchises. During the trial of an action about allegations an oil company failed to make a bona fide offer to sell property, as required by the PMBA, an evidentiary issue arose. Plaintiff, the owner of a gas station franchise, testified he never reviewed a certain appraisal. The trial court rejected attempts by the lawyer for the oil company to impeach the witness with his deposition testimony because the deposition did not contain contrary evidence. A jury returned a plaintiff’s verdict for almost a half million dollars. The Ninth Circuit reversed, stating: “As a matter of first impression, we hold that when a party acts in conformity with the contents of a document—e.g., by giving an independent appraisal to a lender in support of accomplishing its objective to secure a commercial loan—such an action constitutes an adoption of the statements contained therein even if the party never reviewed the document’s contents. We further hold that such an action constitutes an adoption even if the third party never itself uses or relies on the document.” (Transbay Auto Serv. v. Chevron USA Inc. (Ninth Cir.; November 30, 2015) 807 F.3d 1113.)

Homeowner construction flaws and unforeseen shortcomings can quickly become complex and difficult to manage. With the amount of work involved in the construction process, there's a high potential for errors to occur at any stage. If something goes wrong, it can be hard to know … END_OF_DOCUMENT_TOKEN_TO_BE_REPLACED

The rate of foreclosures for May 2022 in the US was about 1 out of every 4,500 houses. The first step in the foreclosure process is usually a notice of default from your lender. This notice means that you have fallen behind on your mortgage payments, and will state how much you … END_OF_DOCUMENT_TOKEN_TO_BE_REPLACED

Are you behind on your mortgage payments and facing foreclosure? Do you not know what to do or where to turn? You are not alone. Millions of Americans each year find themselves in the same situation. Foreclosure can be a very frightening process, but you have legal options. Learn … END_OF_DOCUMENT_TOKEN_TO_BE_REPLACED