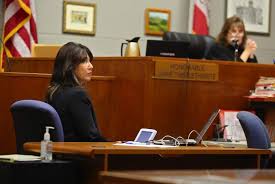 Plaintiff sued for negligent medical treatment received while he was incarcerated in state prison. He alleged he suffered grave injuries after being administered a drug in contraindication of how the drug is supposed to be used. Ten days prior to trial, the trial court informed the parties “the court no longer provides a court reporter for civil trials, and the parties have to provide their own reporters for trial.” Thereafter the jury trial was not reported, and the trial court granted defendant’s motion for nonsuit. On appeal, the Court of Appeal held plaintiff could not demonstrate error because the record does not contain a reporter’s transcript, stating:  “This court is fully aware that [plaintiff’s] incarceration and his financial circumstances have made it difficult for him to pursue his claims in court. This case aptly demonstrates that civil justice is not free.” (Jameson v. Desta (Cal. App. Fourth Dist., Div. 1; October 15, 2015) (Ord. Pub. October 20, 2015) 241 Cal.App.4th 491.)

If you are a business owner, then you know that contracts are an important part of doing business. Contracts set the parameters for a deal and protect both parties involved. Unfortunately, contract disputes can happen. If you think you might be dealing with a breach of contract, … END_OF_DOCUMENT_TOKEN_TO_BE_REPLACED

If you're in the market for a property ownership attorney, it's important to know what to look for. Not all attorneys are created equal, and you'll want to make sure you choose one who is experienced, educated, reputable and responsive.  In this blog post, we will go over five … END_OF_DOCUMENT_TOKEN_TO_BE_REPLACED

When you’ve lost someone close to you, the last thing you may want to think about is filing a lawsuit. However, in some cases, wrongful death suits can be the best way to get justice for your loved one and ensure that the responsible party is held accountable. What is a … END_OF_DOCUMENT_TOKEN_TO_BE_REPLACED