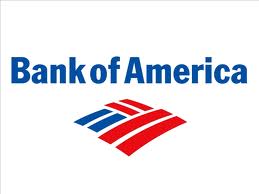 A man tried to cash some checks at a bank, but the bank refused. The situation evolved into bank employees calling the police and the man being arrested for making a criminal threat. Although the magistrate in the man’s preliminary hearing found the man lacked credibility, a jury acquitted the man on the criminal charges. The man thereafter sued the bank for malicious prosecution. The bank brought a motion for summary judgment, which the trial court granted. In affirming, the Court of Appeal stated: “[U]nder the doctrine of collateral estoppel, the determination of probable cause by the magistrate in plaintiff’s criminal proceeding, when the issue of [plaintiff’s] credibility had been raised before the magistrate, defeats, as a matter of law, plaintiff’s malicious prosecution claim.” (Greene v. Bank of America (Cal. App. Second Dist., Div. 5; May 12, 2015) 236 Cal.App.4th 922 [186 Cal.Rptr.3d 887].)

For years you diligently save up to buy your first house. After months of searching through listings, you finally find your dream home and make an offer that gets accepted. Just days before closing, everything goes smoothly until you get an email from your "real estate agent" … END_OF_DOCUMENT_TOKEN_TO_BE_REPLACED

According to the Bureau of Transportation, around 13 car crashes occur every minute in the U.S. When an accident happens it's important to know what steps to take and how to protect your rights. The most important step you can take is to hire a qualified car accident attorney … END_OF_DOCUMENT_TOKEN_TO_BE_REPLACED