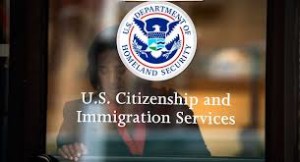 To establish eligibility for asylum in the United States, a petitioner must prove that he or she is unable or unwilling to return to his or her country of origin because of persecution or a well-founded fear “on account of race, religion, nationality, membership in a political social group, or political opinion” [8 U.S.C. §§ 1158(b)(1)(B)(i)]. Here the petitioners seek asylum after police in Armenia detained, beat and threatened one of them after he was seen talking to a reporter following a confrontation with the city’s military chief of police. The U.S. Board of Immigration Appeals [BIA] denied the couple asylum because they did not demonstrate he was persecuted because of his political beliefs, but merely showed Armenian military police detained him because they thought he was speaking with a reporter to overthrow the Armenian government. The federal appeals court ordered the BIA to consider the matter again, next time analyzing whether the man was persecuted on account of his imputed political opinions. (Khudaverdyan v. Holder (Ninth Cir.; February 27, 2015) 778 F.3d 1101.)

If you are a business owner, then you know that contracts are an important part of doing business. Contracts set the parameters for a deal and protect both parties involved. Unfortunately, contract disputes can happen. If you think you might be dealing with a breach of contract, … END_OF_DOCUMENT_TOKEN_TO_BE_REPLACED

If you're in the market for a property ownership attorney, it's important to know what to look for. Not all attorneys are created equal, and you'll want to make sure you choose one who is experienced, educated, reputable and responsive.  In this blog post, we will go over five … END_OF_DOCUMENT_TOKEN_TO_BE_REPLACED

When you’ve lost someone close to you, the last thing you may want to think about is filing a lawsuit. However, in some cases, wrongful death suits can be the best way to get justice for your loved one and ensure that the responsible party is held accountable. What is a … END_OF_DOCUMENT_TOKEN_TO_BE_REPLACED