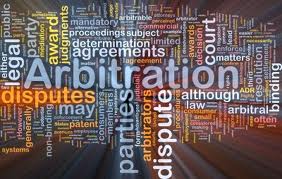 Plaintiff and his employer entered into an agreement that all disputes would be resolved by arbitration and that class actions were prohibited. After he was terminated, plaintiff filed a class action alleging various Labor Code violations and unfair business practices. Finding the prohibition against class actions in the agreement to be improper in the test set forth in Gentry v. Sup. Ct. (2007) 42 Cal.4th 443 [64 Cal.Rptr.3d 773, 165 P.3d 556], the trial court denied defendant’s petition to compel arbitration. In affirming, the Court of Appeal stated that in light of the holding in Iskanian v. CLS Transportation Los Angeles, LLC (2014) 59 Cal.4th 348 [173 Cal.Rptr.3d 289, 327 P.3d 129], the Gentry rule against employment class waivers was preempted by the Federal Arbitration Act [FAA], but that “this matter is not subject to the FAA, however, and Gentry’s holding has not been overturned under California law in situations where the FAA does not apply.” (Garrido v. Air Liquide Industrial U.S. LP (Cal. App. Second Dist., Div. 2; October 26, 2015) 241 Cal.App.4th 833.)

If you are a business owner, then you know that contracts are an important part of doing business. Contracts set the parameters for a deal and protect both parties involved. Unfortunately, contract disputes can happen. If you think you might be dealing with a breach of contract, … END_OF_DOCUMENT_TOKEN_TO_BE_REPLACED

If you're in the market for a property ownership attorney, it's important to know what to look for. Not all attorneys are created equal, and you'll want to make sure you choose one who is experienced, educated, reputable and responsive.  In this blog post, we will go over five … END_OF_DOCUMENT_TOKEN_TO_BE_REPLACED

When you’ve lost someone close to you, the last thing you may want to think about is filing a lawsuit. However, in some cases, wrongful death suits can be the best way to get justice for your loved one and ensure that the responsible party is held accountable. What is a … END_OF_DOCUMENT_TOKEN_TO_BE_REPLACED