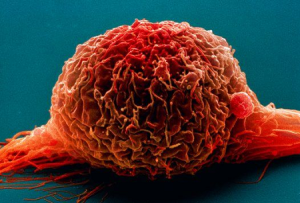 Defendant is a pharmaceutical company and plaintiffs are persons who ingested a drug manufactured by defendant who allege they suffered from bladder cancer as a result of taking the drug for diabetes. At trial, plaintiffs’ expert testified that based on his performance of a differential diagnosis, he believed the drug was a substantial factor in causing a plaintiff’s bladder cancer. However, the court later ordered the expert testimony stricken, concluding it was speculative and lacking in foundation, and granted defendant’s motion for JNOV. In reversing, the appellate court stated: “By requiring that the expert rule out all other possible causes for Jack Cooper’s bladder cancer, even where there was no substantial evidence that other such causes might be relevant, the court exceeded the proper boundaries of its gatekeeping function in determining the admissibility of the complex scientific testimony. We also conclude that the evidence supported giving a jury instruction on multiple causation.” The appellate court ordered the jury’s verdict awarding $6.5 million to be reinstated. (Cooper v. Takeda Pharmaceuticals America, Inc. (Cal. App. Second Dist. Div. 3; August 13, 2015) 239 Cal.App.4th 555 [191 Cal.Rptr.3d 67].)

Do you feel like your legal case isn't being handled correctly? Are you worried that your legal matters aren't going to be taken seriously? Or maybe you just need someone who is qualified and experienced in taking care of what's important to you. If any of this sounds … END_OF_DOCUMENT_TOKEN_TO_BE_REPLACED

Mark A. Mellor, Esq. was featured on ABC 10News San Diego, where several homeowners claim that a well-known solar company suddenly closed their doors and took off with their payments. "Attorney Mark Mellor specializes in construction law. He tells homeowners to check all … END_OF_DOCUMENT_TOKEN_TO_BE_REPLACED