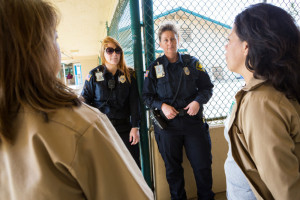 A prison designated a number of female-only positions, and the prison guard union brought suit for discrimination against male correctional officers. In a 1993 case [Jordan v. Gardner (1993) 986 F.2d 1521], a federal court halted the practice of permitting cross-gender pat down searches in nonemergency situations. In addition, over the years, there have been instances of rape of female inmates by male guards. Female guards were recruited and hired as part of a prison reform effort to reduce sexual assaults. The trial judge granted summary judgment in favor of the prison, and the Ninth Circuit affirmed, finding the staffing policy was justified as a bonafide occupational policy to protect the privacy of inmates and prevent sexual assaults. (Teamsters Local Union No. 117 v. Wash. Dep’t of Corr. (Ninth Cir.; June 12, 2015) 789 F.3d 979.)

For years you diligently save up to buy your first house. After months of searching through listings, you finally find your dream home and make an offer that gets accepted. Just days before closing, everything goes smoothly until you get an email from your "real estate agent" … END_OF_DOCUMENT_TOKEN_TO_BE_REPLACED

According to the Bureau of Transportation, around 13 car crashes occur every minute in the U.S. When an accident happens it's important to know what steps to take and how to protect your rights. The most important step you can take is to hire a qualified car accident attorney … END_OF_DOCUMENT_TOKEN_TO_BE_REPLACED