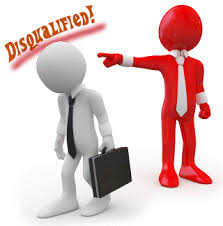 One shareholder sued another shareholder and a small construction firm over a dispute in the operation of the construction firm. Defendant was represented in the suit by a law firm which had been retained by the construction company in 2006 and never discharged; nor had the law firm ever withdrawn from representing the company. Plaintiff moved to disqualify the law firm. The trial court denied the motion to disqualify. In reversing, the Court of Appeal stated: “If a party moving to disqualify an attorney establishes concurrent representation, the court is required, ‘in all but a few instances,’ to automatically disqualify the attorney without regard to whether the subject matter of the representation of one client relates to the representation of a second client in the lawsuit. [] Thus, the law firm should have been automatically disqualified.” (M’Guinness v. Johnson (Cal. App. Sixth Dist.; December 30, 2015) 243 Cal.App.4th 602 [196 Cal.Rptr.3d 662].)

Do you feel like your legal case isn't being handled correctly? Are you worried that your legal matters aren't going to be taken seriously? Or maybe you just need someone who is qualified and experienced in taking care of what's important to you. If any of this sounds … END_OF_DOCUMENT_TOKEN_TO_BE_REPLACED

Mark A. Mellor, Esq. was featured on ABC 10News San Diego, where several homeowners claim that a well-known solar company suddenly closed their doors and took off with their payments. "Attorney Mark Mellor specializes in construction law. He tells homeowners to check all … END_OF_DOCUMENT_TOKEN_TO_BE_REPLACED