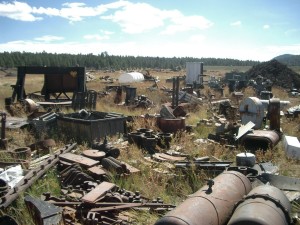 A mass tort litigation over environmental contamination beneath a housing track settled, and the court was called upon to address whether a government-ordered environmental cleanup was part of the settlement consideration, and whether a good faith settlement could be approved without an individualized allocation of the settlement proceeds among the numerous plaintiffs and between their economic and noneconomic damages. In denying the petition for extraordinary relief brought by nonsettling developer defendants, the Court of Appeal stated: “[Petitioners] contend the exclusion of the cost of the RAP [Remedial Action Plan]  from the settlement valuation is collusive and will enable Plaintiffs to obtain a windfall, by reducing the amount that will be set off against the nonsettling defendants’ liability. . . we [also] address whether the trial court erred in approving the $90 million good faith settlement between Plaintiffs and Shell without an allocation of the settlement proceeds among the various Plaintiffs, and between their economic and noneconomic damages . . . Although the trial court gave some weight to the value of the RAP remediation in approving the good faith settlements, the error was harmless . . . the determination of good faith settlement did not require an allocation of the $90 million settlement consideration among the 1,491 individual Plaintiffs and between their economic and noneconomic damages. Such individualized allocations, which would have necessitated 1,491 mini-trials in this matter, are not required as part of the good faith settlement process.” (Dole Food Co., Inc. v. Sup. Ct. (Shell Oil Company) (Cal. App. Second Dist., Div. 3; December 1, 2015) 242 Cal.App.4th 894 [195 Cal.Rptr.3d 461].)

Mark A. Mellor, Esq. was featured on ABC 10News San Diego, where several homeowners claim that a well-known solar company suddenly closed their doors and took off with their payments. "Attorney Mark Mellor specializes in construction law. He tells homeowners to check all … END_OF_DOCUMENT_TOKEN_TO_BE_REPLACED

In nearly any kind of enterprise, a business attorney is critically important in making sure that business transactions are conducted in appropriate ways. In general, business attorneys help their clients with everything involved in operationally running a business – from payroll … END_OF_DOCUMENT_TOKEN_TO_BE_REPLACED