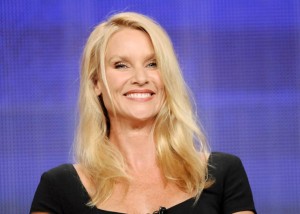 Actress brought suit for wrongful termination after her contract for a sixth season of a television show was not renewed. The trial court denied defendant’s motion for a directed verdict, and defendant sought extraordinary relief.  The Court of Appeal granted the petition, stating:  “A cause of action for wrongful termination in violation of public policy does not lie if an employer decides simply not to exercise an option to renew a contract.” (Touchstone Television Productions v. Sup.Ct. (Nicollette Sheridan) (2012) 208 Cal.App.4th 676 [145 Cal.Rptr.3d 766].)     Recent Developments: Battery Action Of Actress Against Producer May Proceed. Actress sued production company under Labor Code section 6310, alleging she was fired in retaliation for her complaint about a battery allegedly committed on her by the creator of a television series in which the actress had a part. The trial court sustained the production company’s demurrer to the actress’s complaint on the basis she failed to exhaust her administrative remedies by filing a claim with the Labor Commissioner as required by Labor Code sections 98.7 and 6312. The Court of Appeal concluded she was not required to file such a claim, and reversed and remanded the matter to the trial court (Sheridan v. Touchstone Television Productions, LLC (Cal. App. Second Dist., Div. 4; October 20, 2015) 241 Cal.App.4th 508 [193 Cal.Rptr.3d 811].)

Insurance agencies in the United States will often determine fault in car accidents. Fault is generally determined by the police report following an accident, and the insurers will then negotiate amongst themselves who pays what damages. But is California a no-fault … END_OF_DOCUMENT_TOKEN_TO_BE_REPLACED

Short sales have become a popular alternative for people struggling to keep up with their mortgage payments. But what is a short sale, and do you qualify? What is a Short Sale? A short sale is a sale of real estate in which the proceeds from the sale are insufficient to cover … END_OF_DOCUMENT_TOKEN_TO_BE_REPLACED