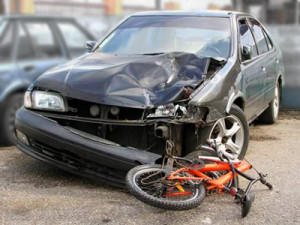 In a special verdict, a jury found two defendant motorists were negligent but concluded only one of them was a substantial factor is causing injuries to a bicyclist on a sidewalk. Thus, only one of the defendants was held responsible for plaintiff’s personal injury verdict of $3,751,969 in damages. On appeal the defendant who was left on the hook claimed the verdict was inconsistent. The appellate court disagreed, holding the jury was entitled to conclude the other defendant only slightly exceeded a reasonable speed and was not a substantial factor in causing the injuries to plaintiff. The remaining defendant also argued on appeal that she is entitled to a new trial on damages because there was insufficient evidence of the reasonable value of the uninsured plaintiff’s medical bills. She contends plaintiff’s experts, who testified the medical bills were fair and reasonable, needed to do more to establish that their testimony was rooted in the “market value” of medical services. The appellate court rejected this argument, noting plaintiff’s experts testimony was based on the medical costs incurred as well as on the experts’ own experiences treating patients. (Bermudez v. Ciolek (Cal. App. Fourth Dist., Div. 3; July 20, 2015) 237 Cal.App.4th 1311 [188 Cal.Rptr.3d 820].)

If you are a business owner, then you know that contracts are an important part of doing business. Contracts set the parameters for a deal and protect both parties involved. Unfortunately, contract disputes can happen. If you think you might be dealing with a breach of contract, … END_OF_DOCUMENT_TOKEN_TO_BE_REPLACED

If you're in the market for a property ownership attorney, it's important to know what to look for. Not all attorneys are created equal, and you'll want to make sure you choose one who is experienced, educated, reputable and responsive.  In this blog post, we will go over five … END_OF_DOCUMENT_TOKEN_TO_BE_REPLACED

When you’ve lost someone close to you, the last thing you may want to think about is filing a lawsuit. However, in some cases, wrongful death suits can be the best way to get justice for your loved one and ensure that the responsible party is held accountable. What is a … END_OF_DOCUMENT_TOKEN_TO_BE_REPLACED