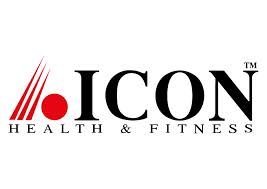 35 U.S.C. § 285 states: “The court in exceptional cases may award reasonable attorney fees to the prevailing party.” In 1982, Congress created the Federal Circuit Court and vested it with exclusive appellate jurisdiction in patent cases. For the next two decades, the Federal Circuit Court instructed district courts to consider the totality of the circumstances when making § 285 fee determinations. In a 2005 case [Brooks Furniture Mfg., Inc. v. Dutailier Int’l, Inc. (2005) 393 F.3d 1378], the Federal Circuit Court held the statute authorized attorney fees in only two circumstances: where there has been material inappropriate conduct or when the case is brought in subjective bad faith and is objectively baseless.

In one of the two recent cases, the parties manufacture exercise equipment. The one which owns a patent concerning elliptical machines never commercially sold the machine disclosed in its patent, but brought an action against the other manufacturer for patent infringement. The district court found no patent infringement and applied the Brooks Furniture reasoning when it denied the prevailing defendant’s request for attorney fees. The United States Supreme Court stated: “The framework established by the Federal Circuit in Brooks Furniture is unduly rigid, and it impermissibly encumbers the statutory grant of discretion to district courts.” The high court further stated:  “We hold, then, that an ‘exceptional’ case is simply one that stands out from others with respect to the substantive strength of a party’s litigating position (considering both the governing law and the facts of the case) or the unreasonable manner in which the case was litigated. District courts may determine whether a case is ‘exceptional’ in the case-by-case exercise of their discretion, considering the totality of the circumstances.” (Octane Fitness, LLC v. ICON Health & Fitness, Inc. (U.S. Sup. Ct.; April 29, 2014) 134 S.Ct. 1749, [188 L.Ed.2d 816].)

In the other recent case, a healthcare management company owns a patent covering utilization reviews. An insurance company brought an action for declaratory relief against the healthcare company contending its patent was invalid and unenforceable and that to the extent it is valid the insurance company was not infringing it. The healthcare management counterclaimed for patent infringement. The trial court entered judgment in favor of the insurance company, finding no infringement. The insurance company moved for fees under § 285, and the trial judge found the healthcare management company engaged in a pattern of vexatious and deceitful conduct throughout the litigation, and that it pursued the suit as part of a bigger plan to identify companies potentially infringing its patent under the guise of an informational survey in order to force those companies to purchase a license for its patent. The court ordered the healthcare management company to pay over $5 million for fees and costs. The Federal Circuit Court applied the Brooks Furniture analysis anda de novo standard of review, and disagreed with some of the district court’s reasoning. The United States Supreme Court held the Federal Circuit Court should have deferred to the district court absent an abuse of discretion because the district court is better positioned to decide whether the case is exceptional. (Highmark, Inc. v. AllCare Health Management System, Inc. (U.S. Sup. Ct.; April 29, 2014) 134 S.Ct. 1744, [188 L.Ed.2d 829].)

Short sales have become a popular alternative for people struggling to keep up with their mortgage payments. But what is a short sale, and do you qualify? What is a Short Sale? A short sale is a sale of real estate in which the proceeds from the sale are insufficient to cover … END_OF_DOCUMENT_TOKEN_TO_BE_REPLACED

We often associate going to see an attorney with legal problems, but an attorney can help you in many different aspects of business. Whether you are just starting your business or have been in business for many years, an experienced business attorney can be an asset, providing … END_OF_DOCUMENT_TOKEN_TO_BE_REPLACED