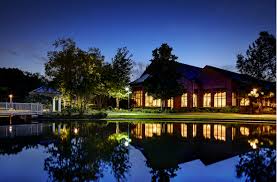 In 2006, the Los Angeles City Council passed ordinance section 14.3.1. As stated in the ordinance, section 14.3.1’s purpose is to “provide development standards for Alzheimer’s/Dementia Care Housing, Assisted Living Care Housing, Senior Independent Housing and Skilled Nursing Care Housing, create a single process for approvals and facilitate the processing of application of Eldercare Facilities. These facilities provide much needed services and housing for the growing senior population of the City of Los Angeles.” (§ 14.3.1(A).) In this case, the zoning administrator for the City of Los Angeles (City) approved a permit for an eldercare facility that exceeded the building square footage and number of guest rooms allowed under zoning regulations. Under the Los Angeles Municipal Code, no variance may be granted unless “the strict application of the provisions of the zoning ordinance would result in practical difficulties or unnecessary hardships inconsistent with the general purposes and intent of the zoning regulations.” Nearby residents challenged the facility arguing that the zoning administrator failed to make all of the necessary findings, including a finding of “unnecessary hardship.” The trial court found no substantial evidence supported the finding of “unnecessary hardship.” In affirming, the appellate court agreed with the trial judge that there was not substantial evidence to support the developer’s argument the unnecessary hardship was based on the construction’s economy of scale. The Court of Appeal ruled: “We therefore affirm the trial court’s judgment requiring the City to rescind its approval of the proposed eldercare facility.” (Walnut Acres Neighborhood Assn. v. City of Los Angeles (John C. Simmers) (Cal. App. Second Dist., Div. 8; April 15, 2015) 235 Cal.App.4th 1303 [185 Cal.Rptr.3d 871].)

Many unfortunate circumstances can lead to someone not being financially stable. Finding yourself in an unstable financial situation while paying back loans can be especially difficult. While you may find your next steps elusive and overwhelming, there are some options. One … END_OF_DOCUMENT_TOKEN_TO_BE_REPLACED

A contract is a written agreement to help define the relationship between a business and an individual. Disputes can occur when one party breaches the terms of the contract, or if there is a disagreement regarding how it is worded.  Disputes with company contracts, non-compete … END_OF_DOCUMENT_TOKEN_TO_BE_REPLACED

Defective construction is a deficiency in a building or other structure type. Construction defects can delay projects and cause extensive injuries. Instances of defective construction occur because of poor design, low-quality materials, and poor workmanship. If you believe you … END_OF_DOCUMENT_TOKEN_TO_BE_REPLACED