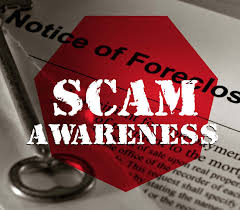 The Attorney General brought an action seeking injunctive relief and restitution under California’s consumer protection statutes. The defendants operated a scheme by which they promised customers they would obtain loan modifications from lenders and prevent foreclosure of the customers’ homes. Although they represented to customers they never had a case in which a loan modification was not approved, there was no credible evidence they obtained a single loan modification or provided anything of value to customers. The trial court issued an injunction and ordered restitution of $2,047,041.86 as well as civil penalties of almost $2.5 million. Except with respect to the office manager who was found to be jointly and severally liable for up to $147,869 for restitution and $360,540 in penalties, the appellate court affirmed. As to the office manager, the appellate court struck the penalties and the matter was remanded to the trial court to recalculate her penalties. (People v. Sarpas (Cal. App. Fourth Dist., Div. 3; May 6, 2014)225 Cal.App.4th 1539.)

We often associate going to see an attorney with legal problems, but an attorney can help you in many different aspects of business. Whether you are just starting your business or have been in business for many years, an experienced business attorney can be an asset, providing … END_OF_DOCUMENT_TOKEN_TO_BE_REPLACED

Did you know that on average, 95% of lawsuits are settled before they go to trial? With that statistic in mind, hiring a personal injury lawyer to handle your claim can ensure that you're getting the amount you deserve from your claim, regardless of the stage at which you're … END_OF_DOCUMENT_TOKEN_TO_BE_REPLACED

Landlord-tenant law can be complex, and it's a constantly evolving area of law. To ensure that both landlords and tenants are aware of their rights and responsibilities, it's important for them to understand the basics of landlord-tenant law in California. Having a Landlord or … END_OF_DOCUMENT_TOKEN_TO_BE_REPLACED