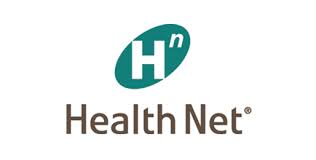 The law imposes a duty on emergency room physicians to treat patients regardless of their ability to pay. When those patients are enrollees in health care service plans (HMOs), the law imposes an obligation on the HMOs to reimburse the physicians for emergency treatment provided to the enrollees, even when the physicians were not under contract to the HMOs. HMOs sometimes delegate their health care obligations to independent practice associations (IPAs); HMOs are statutorily permitted to delegate to IPAs their obligation to reimburse emergency physicians. In this case, the IPA failed to reimburse emergency room physicians, so the doctors sought payment from the HMOs. When payment was not forthcoming, the emergency room physicians brought an action against the HMOs, and the trial court granted defendants’ demurrer.  The appellate court reversed, holding that when an HMO knows or has reason to know the IPA would be unable to fulfill the delegated obligation, the loss should be borne by the HMO and not the physician who is obligated by statute to provide emergency care.  (Centinela Freeman Emergency Medical Associates v. Health Net of California, Inc. (Cal. App. Second Dist., Div. 3; February 19, 2014) 223 Cal.App.4th 1366, [168 Cal.Rptr.3d 91] Superseded By Grant Of Rehearing (Cal. App. Second Dist., Div. 3; April 2, 2014) (Case No. B238867a).)

Litigation is a process that can be difficult to navigate, but it doesn't have to be. Insurance coverage litigation varies from case to case and depends on the specific situation of each plaintiff or defendant. There are many different types of insurance claims including medical … END_OF_DOCUMENT_TOKEN_TO_BE_REPLACED

Insurance defense attorneys are lawyers that specialize in defending those who have been wrongfully accused of insurance fraud. They help individuals and businesses with claims that involve a violation of the law or liability under an insurance policy. Insurance defense is a … END_OF_DOCUMENT_TOKEN_TO_BE_REPLACED

Do you feel like your legal case isn't being handled correctly? Are you worried that your legal matters aren't going to be taken seriously? Or maybe you just need someone who is qualified and experienced in taking care of what's important to you. If any of this sounds … END_OF_DOCUMENT_TOKEN_TO_BE_REPLACED