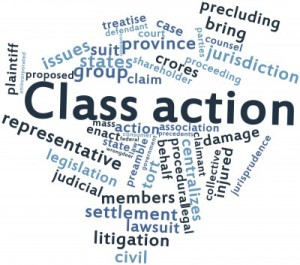 The Class Action Fairness Act [CAFA; 28 U.S.C. § 1332(d); Pub. L. No. 109-2, 119 Stat.4 (2005)] authorizes the removal to federal court of “mass actions,” in which “monetary relief claims of 100 or more persons are proposed to be tried jointly on the ground that the plaintiffs’ claims involve common questions of law or fact.” Here, plaintiffs filed five separate tort cases in California courts, each with fewer than 100 plaintiffs, alleging they suffered pancreatic cancer due to their use of drugs developed by defendant drug company. The drug company removed four of the five cases to federal court based upon conventional diversity jurisdiction, but the federal trial court granted plaintiffs’ motion to remand back to state court. Defendant thereafter removed all five cases based on CAFA, and plaintiffs again moved for remand, but this time the trial court denied their motions to remand back to state court. The Ninth Circuit reversed, instructing the trial court to remand the matters, stating that despite statements from some of the plaintiffs that they anticipated the actions would be tried together, “in none of the five cases did plaintiffs propose that the claims of one hundred or more persons be tried jointly.” (Briggs v. Merck Sharp & Dohme (Ninth Cir.; August 6, 2015) 796 F.3d 1038.)

Mark A. Mellor, Esq. was featured on ABC 10News San Diego, where several homeowners claim that a well-known solar company suddenly closed their doors and took off with their payments. "Attorney Mark Mellor specializes in construction law. He tells homeowners to check all … END_OF_DOCUMENT_TOKEN_TO_BE_REPLACED

In nearly any kind of enterprise, a business attorney is critically important in making sure that business transactions are conducted in appropriate ways. In general, business attorneys help their clients with everything involved in operationally running a business – from payroll … END_OF_DOCUMENT_TOKEN_TO_BE_REPLACED