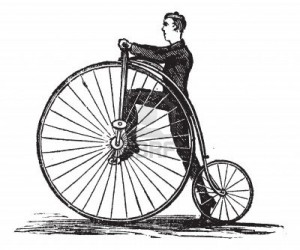 Plaintiff college student left college on his bicycle. At first, he traveled on the street with the vehicular traffic, then he crossed to the sidewalk against the flow of traffic on the street. As he approached a supermarket parking lot, defendant drove her car out of the parking lot, over the threshold between the parking lot exit and the sidewalk, hitting plaintiff as he pedaled in front of her car, knocking him to the ground. He incurred $80,000 in medical bills as a result of his injuries. The jury returned a verdict for defendant. On appeal plaintiff argued there were two instructional errors. First, he contended the court erred when it refused to instruct that if defendant violated Vehicle Code section 21804 [“(a) The driver of any vehicle about to enter or cross a highway from any public or private property, or from an alley, shall yield the right-of-way to all traffic. . .”], then the jury must find defendant negligent per se. The appellate court found no error, noting that a “driver violates this section only if he or she fails to act as a ‘reasonably prudent and cautious [person].’” Plaintiff’s second argument on appeal was that the trial court erred when it instructed the jury that plaintiff was negligent per se because immediately before the accident, he had been traveling on the sidewalk against the flow of traffic in violation of Vehicle Code § 21650.1. [a bicycle operated “on a roadway, or the shoulder of a highway, shall be operated in the same direction as vehicles are required to be driven upon the roadway.”]. The appellate court agreed with plaintiff’s second contention, stating, “section 21650.1 does not require bicyclists riding on a sidewalk to travel in the same direction as vehicular street traffic.” But the court found the error to be harmless since the first question and answer on the jury’s special verdict stated defendant was not negligent. . Spriesterbach v. Holland (Cal.App. Second Dist., Div. 4; April 9, 2013) 215 Cal.App.4th 255.

Mark A. Mellor, Esq. was featured on ABC 10News San Diego, where several homeowners claim that a well-known solar company suddenly closed their doors and took off with their payments. "Attorney Mark Mellor specializes in construction law. He tells homeowners to check all … END_OF_DOCUMENT_TOKEN_TO_BE_REPLACED

In nearly any kind of enterprise, a business attorney is critically important in making sure that business transactions are conducted in appropriate ways. In general, business attorneys help their clients with everything involved in operationally running a business – from payroll … END_OF_DOCUMENT_TOKEN_TO_BE_REPLACED