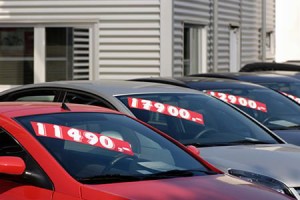 Plaintiffs purchased a used automobile after negotiations were conducted in Spanish. When a dispute arose, plaintiffs sued the automobile sales company. Defendant moved for arbitration, attaching a Spanish translation of the underlying sales contract, which included an arbitration agreement, in its petition. Plaintiffs produced a Spanish translation of the underlying sales contract, which contained no arbitration agreement. The trial court denied the petition to compel arbitration. The Court of Appeal affirmed, stating: “[Civil Code] section 1632 requires merchants to provide translations of certain contracts (including retail installment contracts for automobiles) when those contracts are negotiated primarily in a foreign language. (Civ.Code § 1632, subd. (b).) The Legislature enacted the statute to ‘increase consumer information and protections for the state’s sizeable and growing Spanish-speaking population.’ (Civ.Code § 1632, subd. (a)(1).) The very purpose behind this provision is to ensure that non-English speaking customers receive accurate information regarding the terms and conditions of the contracts they are being asked to sign.” (Ramos v. Westlake Services LLC (Cal. App. First Dist., Div. 2; October 30, 2015) (Ord. Pub. November 24, 2015)

We often associate going to see an attorney with legal problems, but an attorney can help you in many different aspects of business. Whether you are just starting your business or have been in business for many years, an experienced business attorney can be an asset, providing … END_OF_DOCUMENT_TOKEN_TO_BE_REPLACED

Did you know that on average, 95% of lawsuits are settled before they go to trial? With that statistic in mind, hiring a personal injury lawyer to handle your claim can ensure that you're getting the amount you deserve from your claim, regardless of the stage at which you're … END_OF_DOCUMENT_TOKEN_TO_BE_REPLACED

Landlord-tenant law can be complex, and it's a constantly evolving area of law. To ensure that both landlords and tenants are aware of their rights and responsibilities, it's important for them to understand the basics of landlord-tenant law in California. Having a Landlord or … END_OF_DOCUMENT_TOKEN_TO_BE_REPLACED